The highly anticipated FIFA 20 was announced. Street football is back! FIFA 20 will be officially available on PlayStation 4, Xbox One and PC on September 27, 2019 with Standard, Champion and Ultimate Edition. 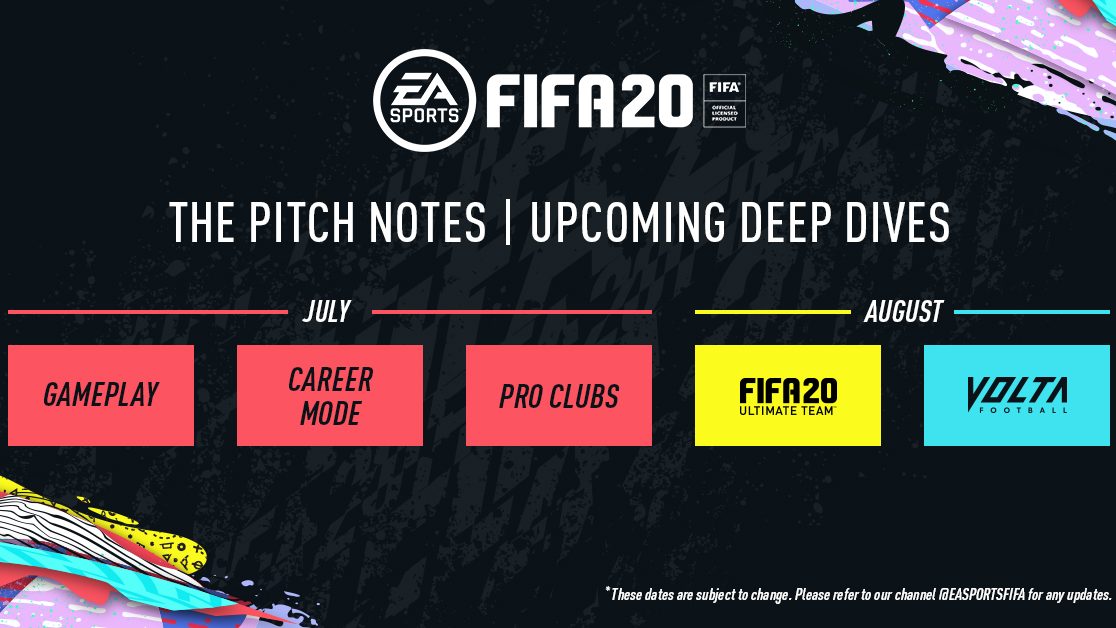 With the new Authentic Game Flow, user-controlled Decisive Moments, and enhanced Ball Physics System, you’ll be put at the centre of the key moments in each match you play in FIFA 20. Penalties and free kicks overhauled, and updated ball physics. EA Spots is toning down AI defenders. They will offer less help and encourage you to engage with FIFA’s manual defensive systems. To help you out, tackling will be more effective if you use the appropriate tackle in the right context.

Decisive Moments
Decisive Moments give you more control over the moments that determine the outcome of a match. From Composed Finishing in the final third to Controlled Tackling at the back, along with new Strafe Dribbling and a Set Piece Refresh, you’ll have increased input in the key stages of each game.

Customise and personalise your female or male in-game avatar with a range of clothing, hairstyles, tattoos, and in-game celebratory emotes. From shirts to shoes, sweaters to shorts, equip your avatar with the latest vanity items and unlock more as you progress through in-game challenges.

From an underpass in Amsterdam, to a neighbourhood cage in London, or a Tokyo rooftop, experience a new side of The World’s Game with VOLTA Football.

Play 3v3 Rush (No GK’s), 4v4, 4v4 Rush, 5v5, and Professional Futsal. In addition, VOLTA offers different sizes of arenas and environments with and without walls, giving you the freedom to play the beautiful game your way. Build up your squad in VOLTA World, lead your player through the VOLTA Story Mode, play through Promotion and Relegation in the online VOLTA League, or take your favourite professional teams to the streets in VOLTA Kick-Off.