Xiaomi Mi 6, released with Android 7.1 Nougat, achieved its final Android upgrade. It was released months ago as Android 9.0 Beta for Mi 6. Today, some users have released a stable version.

Pie was released on July 12th in the Chinese Stable version and was launched today for Global users. It is not known whether the update with the version number V10.4.1.0 caused any errors. According to users comments, there is nothing new except Dark mode. 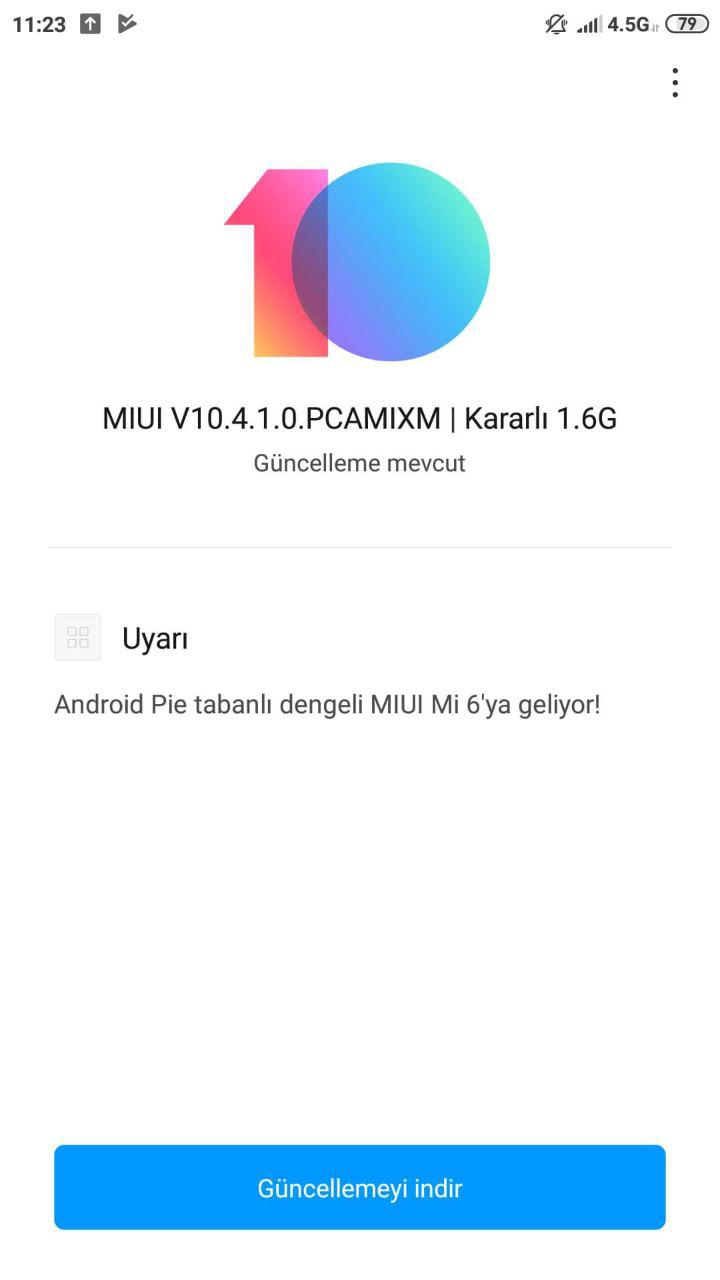 If you have not received the update and are looking forward to it, you can access the update files below. If you are not familiar with how to install it, we do not recommend it. We are not responsible for any mistakes you make.

Redmi Note 9 China release on 24th November: Here is what we know

Huawei P50 Series ultra thin periscope lens, will come with 120Hz display but will be delayed

Meizu 18’s design appeared. It may come with Flyme 9