Simulations using supercomputer revealed that Einstein’s theory of General Relativity was not our only alternative to understand gravity and to comprehend the formation of galaxies. The new Chameleon theory can be a serious alternative.

The University of Durham in the United Kingdom conducted cosmos formation simulations according to the so-called Chameleon Theory. The galaxies created by the simulation showed that galaxies like the Milky Way that we are in can also be formed under different physics rules.

The findings of the study revealed that the Chameleon Theory may be valid and that our only explanation is not the General Theory of Relativity. This theory is based on the so-called Chameleon particles, which entered the literature in 2003. These particles, which make up the local energy depth and density, change according to their surroundings. This is where the name of chameleon comes from. This research can also help explain the mysterious structure called dark energy.

Albert Einstein’s General Theory of Relativity has been the basis for understanding how the universe works since it emerged in the early 1900s. This theory can explain the interaction of large bodies, for example the orbit of Venus around the Sun. Practical applications of this theory include technologies such as GPS.

One of the researchers Christian Arnold says that in this theory the rules of physics can be changed and that it will allow us to understand the effect of different effects on gravity.

The researchers said that their work did not falsify the General Theory of Relativity, revealing that there are multiple alternatives to explain the functioning of the universe. In this study, galactic formation and super mass black hole structures were observed. 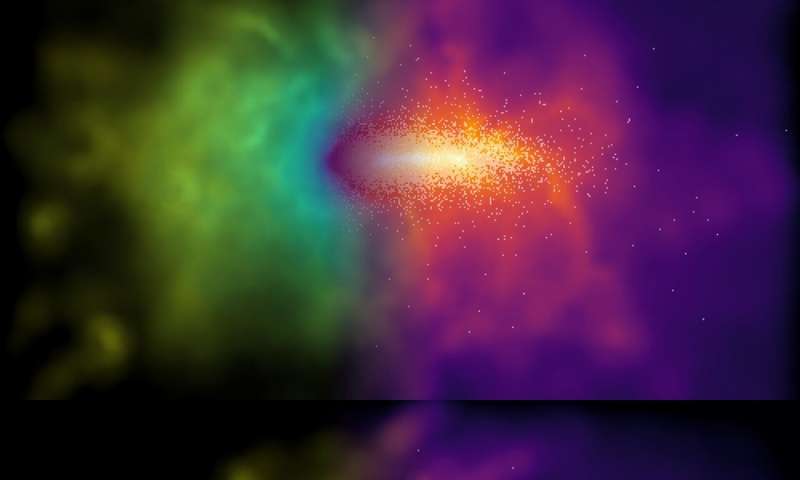 “Through our simulations we have shown for the first time that even if you change gravity, it would not prevent disc galaxies with spiral arms from forming.

“Our research definitely does not mean that General Relativity is wrong, but it does show that it does not have to be the only way to explain gravity’s role in the evolution of the universe.”

The research was published in Nature Astonomy.

Scientists Develop a Fabric That ‘Remembers’ Its Shape